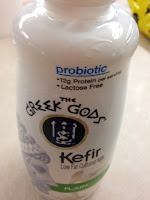 You might say I have calcium on the brain right now.  I talked with my 70-year-old aunt the other day and found out she has osteoporosis.  This is a surprise to me because she has done yoga for 40 years, many of those as an instructor.  I thought for sure the yoga would protect her from osteoporosis.  She also has eaten really healthy for most of her life.  She describes herself as an almost vegetarian, and says she eats fish sometimes.


My aunt told me that calcium supplements don't work because they end up being deposited in your arteries as plaque and lead to heart disease.  I hadn't heard about this and I looked it up.  It turns out that a Harvard cardiologist, Dr.Richard Lee, who is the co-editor of The Harvard Health Letter, says it is best to try to get most of your calcium from foods, if possible, because he says that it hasn't been proven that calcium supplements are safe. The Harvard Health Letter says that some of the concern comes because of a "German study that found a significantly increased risk of heart attack among women taking calcium supplements, but not among those who got their calcium from food." The study appears in the June 2012 issue of the journal Heart.  Researchers and all doctors do not agree on this and it is still up for debate.


I also found out that our bodies can only process about 500 to 600 mg of calcium at a time, and the rest can't be used by the body so the 1000 mg. calcium supplement I was taking at one time wasn't all being absorbed.
So, I have been on a mission to protect myself from osteoporosis.  And I have been doing lots of research on what foods have the most calcium.  Some of the foods I found were surprising, such as blackstrap molasses.  It turns out that just one tablespoon has 20% of the daily requirement for women.  Women 50 or older need 1,000 mg. per day and women over 50 need 1200 mg. daily.* 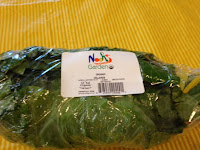 
I went a little crazy buying calcium-rich foods but I have been thinking about this a lot.  I have never been a milk drinker, even as a kid.  And I don't eat much cheese.  I just want to do what I can now to hold onto my bones or at least slow bone loss, which begins after age 35 women and can really escalate around menopause because of declining estrogen. I think I will have more than enough calcium with the above foods. If these foods don't work for you there are many, many more calcium-rich foods, including sardines (packed in oil in the can), tofu, soy milk, and broccoli.  I may have put more on this list but I was running out of room in my cart.


*It is important to get enough Vitamin D (either from sunlight, foods or a supplement) in order to absorb calcium.  You need just 10 minutes of sunlight per day or 400 to 800 IUs per day for women under 50 and between 800 and 1000 IU for women over 50.  Weight bearing exercise and aerobic exercise is also important to maintain strong bones and slow down bone loss.
Healthy Eating ME List 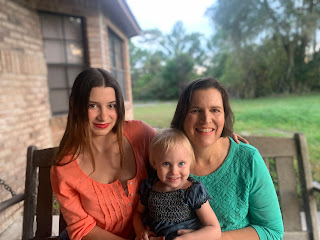 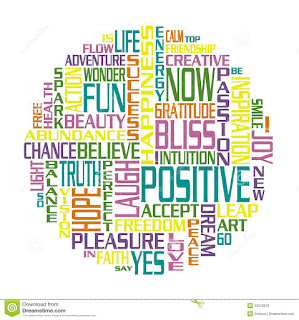 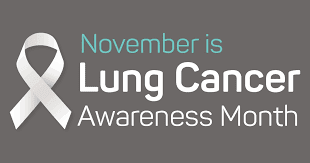 You're a woman in the know.  A woman in your 40s  who has learned to take good care of you. Rather than puffing on a cigarette, you're taking deep breaths and doing  yoga or meditation.  You're eating more veggies and less fast food.  You never miss a mammogram.  You go to the gym.  Lift weights and take Vitamin D to support  bone health .  Could you be missing anything? Quite surprisingly, yes.  Lung cancer is almost never talked about among women in their 40s or 50s.  During Lung Cancer Awareness Month, here are 10 reasons to start talking about it: 1.   Breast cancer may get more publicity and funding, but lung cancer is the leading cancer killer of women , and has been since 1987.  It kills roughly 1.5 times more wo men than breast cancer. 2.  That nagging winter cough that won't go away could be a sign of lung cancer.  That is what happened to this  healthy 28-year-old woman  who had the scare of her life but lived to tell about it. 3.  Twenty percent of women wh
Read more